To Crate or Not to Crate?

To Crate or Not to Crate?

Crating my Fur Kids is not something I like to do. I’m one of those humans that feels bad confining a living creature to a small place for any length of time. The fact that I’m claustrophobic just adds to this feeling. I wouldn’t sit in a closet for hours on end, why should my dogs sit in a crate?

SAFETY is the #1 Priority

The biggest and most important answer is SAFETY. No matter what – your pet’s safety has got to be your #1 priority.

We used to let the Yorkies have the run of the house after they graduated from the puppy stage and could be trusted not to mess in the house or chew anything up. When they entered their senior stage of life we found that they were having trouble controlling their bodily functions. Damien used to sleep with me every single night, he would not leave my side. He lived with epilepsy all his life which was pretty well controlled by meds. In his last couple of years and particularly his last few months, the medicines stopped working and so we had to keep him safe. A seizure at the top of the stairs could be deadly for him. Their crates were always open and available to them and they would go in on their own. They liked their crate. We just had to start closing the door and that seemed to be fine with them.

Riley came to us already crate trained. It only took a few days for me to realize he was already housebroken as well. Yayyy! In my mind there was no reason then to crate him. He could have the run of the house, he hadn’t given me any reason to believe I couldn’t trust him.

At first when he was left alone I’d come home to find our stray belongings had been moved to a pile in the middle of the kitchen floor. The belongings were never damaged and Riley had deligated himself as my own personal Interior Decorator. It looked like he was also sleeping on the piles he made and that brought me to the conclusion that it was his way of feeling close to us. What a sweet dog! He misses us .. it was soooo cute! He wasn’t doing any damage, so what was the harm?

Boredom Can Mean Danger to Your Dog

He got bored with making piles of easy to reach ground level belongings and I started coming home to wall decorations having been removed from the walls and chewed to smitherines. Ok, so now we’re talking he’s making me nervous as to what else he might decide to “play” with. It was time for Mom to wake up and smell the roses. His solo activities were dangerous to his well-being and so we had to revert to crating him when we were not at home.

Nissa took to crate training fairly quickly and without to much hassle. Housebreaking was a whole ‘nother story. I thought she’d never get the hang of that, but eventually she caught on and messes became a thing of the past. The problem with Nissa is that to this day we think she still likes to counter-surf and that of course could lead to some very serious end results.

So now we had two dogs – they could keep one another company so there wouldn’t be any reason they’d have to find things to do. They had their toys, each other and some tasty treats to keep them busy. They should be just fine to leave alone in the house and I shouldn’t have to worry about their safety or my house being destroyed.

You Need to Know Your Dog

Currently at our house we’re going back and forth between crating and not crating. Neither my husband or myself likes crating our Furkids. But what we like and what’s appropriate and safe may be two different things. We’re weighing the odds of the possibilities of various things happening should we or should we not crate. One of  the most important things we feel is to know your dog.

As dogs get older their play can turn to spats and spats can turn angry in the blink of an eye. If you’ve ever seen a dog spat go from “just a spat” to “Now you’ve really pissed me off!” you’d know what I mean. It can be very dangerous for a human to attempt to intervene in a dog fight. We’ve never had any injuries when this happens at our house and it’s really only happened about three times in all the time the Furkids have lived with us. But then I’ve always been around to supervise and we haven’t had even one spat in a very long time. Being that I’m a bit paranoid, hindsight tells me that I’ve stopped these spats to soon and by doing so, I’ve not allowed the kids to work things out on their own just like any human brother or sister. If it happens again, I will let it go a little further and see what happens. Dogs really do need to learn to work minor things out between themselves. Percentage of a dog fight between these two is pretty low on the list of possibilities. Nissa likes to antagonize Riley, she loves to try to get him to play and he’s not always in the mood for play. All Riley has to do is nail Nissa once and she’s done messing with him.

What if There’s a Fire?

If there’s a fire in your home, your crated dogs are trapped. Not that a burning house has any place safe to go, but being confined in a crate certainly drops a dog’s chances of getting out at all to absolutely zero. But if there is any luck to be found in the face of a fire, perhaps your neighbors will see it and help get the dogs out. If you have a neighbor you can trust, you might consider giving them a key. Perhaps a Good Samaritan may be passing by and see the flames and hear the dogs barking. Being a dog lover, I know I would do everything I could to get a dog out of a burning building. Smashing a window comes to mind, at least there’s a chance for the dog(s) to get out. Notifying the fire fighters as they arrive is something else I could do.

What if Someone Breaks In?

General consensus is that a burglar will not even attempt to enter a home where a dog is barking. This seems to be the prevailing thought amongst law enforcement and I’ve heard it’s even been proven through testing. The Furkids Dad has seen a show on television made by past professional burglars and they make it a point to tell people that a dog is one of your best preventions against a home burglary. These guys would never ever attempt to enter a home where a dog is barking, not even a small dog. Now, if you saw Riley protect this house you’d probably have no doubt about this. No one in their right mind would even think about coming in uninvited! But my thought is … how hard is it for even the dumbest of burglars to figure out that the dog(s) they hear barking are confined and probably can’t get out? This is one I just can’t get past.

Do I want my home protected? You bet! But at the expense of my dog’s life? No way! Granted, a burglar may not fear a dog barking if they’ve come prepared … but I have my doubts they’d truly be prepared for an encounter with Riley. We’ve also been witness to the fact that the old Pack Mentality will take over if the need arises and so we really don’t have any doubts that Nissa will join him in any protection efforts.

Is Your Home Safe for Counter-Surfing Dogs?

This is a big one for us. We know Nissa has not totally gotten over her counter-surfing ways and being that she’s almost four years old we figure that she never will. Heck just last week she found one of my bluetooth headsets for my cell phone and destroyed it. Lucky for all of us (her health and our emergency fund) she doesn’t swallow what she destroys, she just decides every now and then (about twice a year) that there’s something in the house that needs chewing up and spitting out.

If your dog is a counter-surfer you must take even more care to keep danger off the counters, the tables, any place off the ground that your dog has access to. Remember, just because it’s not literally a counter doesn’t mean it’s a safe place. Imagine coming home to your dog having ingested medications? Your kids toys in a chewed up status can mean your dog has swallowed something dangerous. What if you’re one to treat your toilet bowl with long-acting toilet bowl cleaners and you leave the toilet set up by mistake while forgetting to fill your dog’s water bowl at the same time?

No Decision is 100% Safe for Your Dog

I could go on and on about the safety and the dangers of crating or not crating your dog. In the end the decision has to be up to you. If you are making this decision, please consider as many possibilities in as many different directions as you can think of and know your dog. No matter what your decision is, remember that there is never a 100% guarantee in any direction. Understand that you are human and that your dog is a dog because your dog may one day show you the one single thing that you forgot to consider and that your dog is a dog.  Above all else when you make this important decision … keep your dog’s safety as your #1 priority. 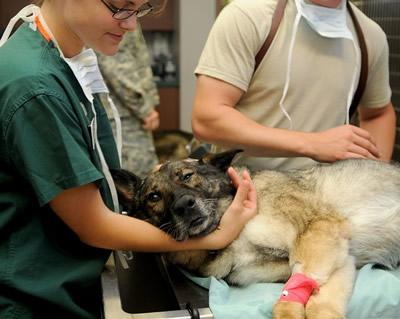