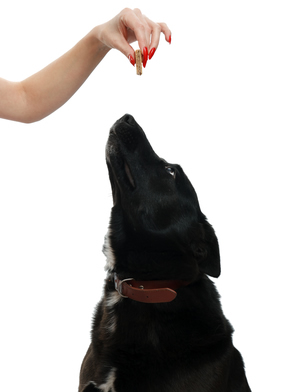 Dogs and cats are getting seriously sick and dying after eating chicken jerky treats. This topic and it’s subsequent warnings to pet owners is not hot-off-the-press news, in fact the first report occurred in 2007. Television news, newspaper articles, Internet sites and blogs carry information and updates. It’s now January 2013. Pets are still suffering and dying after consuming these treats. It took six years and to date 2,000+ sick dogs, 500+ dead dogs and nine dead cats for even one single manufacturer of the suspect products to take any action to get these treats off the shelves.

Chicken jerky treats with “Made in China” stamped on the packages are suspected of sickening and killing pets since 2007. But it seems there are still way too many people who simply aren’t aware of the danger and are now dealing with a very ill pet, heavy duty vet bills or grieving the loss of a furry family member. Although some of the companies involved have just recently finally voluntarily recalled suspected treats, some of you may still have them stashed in a cupboard and could unknowingly sicken or kill your pet if you feed them to him.

We want to help spread the word. If you have friends or relatives with pets who may not be aware, please bring this problem to their attention. Tell them to Google it, forward this article to them, get involved, take some kind of action! Do something to help them protect their pets so they don’t suffer the heartbreaking consequences that others have experienced. You may just save a pet’s life.

If I ran a company that came under even the slightest speculation that my product so much as might be making dogs sick and even killing them, you can bet that product would be yanked off the shelves just as fast as I could make it happen. I wouldn’t care what I had to do or what it cost me to do it. Nobody would have to provide me with definitive proof, the first few victims would be all I needed to skyrocket me into preventative action. Definitive proof can come after the potential killer has been removed from sale-ability to pet owners.

If my product was subsequently completely cleared of all harm, it can then go back on the shelves. Would I not then have gained the respect of my customers? Would this not prove that my customers (and in this case their pets) are my priority and that money is not my company’s driving force?

If I left my products on sale while more pets got sick and died and all of this investigating is going on, in my mind I’d be destroying my company’s image and good name. Why would I want to do that instead of protecting my company by simply removing the product(s) and then investigating? Does ignoring what’s going on and publicly denying that my product is the culprit save face? NO! It only makes it worse! In essence they’re using their customer’s pets as their testing ground!

These companies willingly left products on store shelves that without a doubt appear to be sickening and killing their customer’s pets. Are the millions or even billions of dollars they’ve made up to the point where their product became suspicious not enough money in the bank?

They have the balls to make announcements that contain comments like “We’re pet owners, too. The quality and safety of our products are top priority.” Seriously? Oh, puhhhleeezzze! You really don’t expect me to buy that huge pile of dog poop, do you? If your  product’s quality and safety was so damn important what the hell did you wait so long for to get it gone from the shelves?  What happened to “An ounce of prevention is worth a pound of cure?” Don’t believe me? Here’s a link to Waggin’ Train’s Message.

A Day Late and a Dollar Short

Some of you might say I should be happy these companies are finally taking action. I am, but the bottom line is that they had the power to act much sooner and didn’t. They blew off the mounting signs that their products might be tainted and continued to pump out treats for six freaking years allowing an unacceptable number of pets to get sick and die before doing something to stop it. These products should have been pulled from the shelves immediately when it was determined that the first handful of sick or dead pets were potentially linked to their goods. That would have been the right and humane thing to do.

From the top of this Dog Food Advisor page, “Recalls are almost always voluntary. Only rarely does the FDA actually request a dog food recall.” You’re kidding me, right? One of the FDA’s responsibilities is to protect the public which in the hearts and minds of loving pet owners includes their pets.

It’s absolutely disgraceful that the FDA didn’t step up to the plate and force a mandatory recall when the treats first became suspect! When there is so much that points to the one thing as being the source of a problem, why does the FDA not do something? As I understand it, it’s because they can’t find definitive proof that these treats are the source. How many more dead pets do they need for proof? I take it not one of you FDA people has had a dog or cat get sick or die after feeding one of these treats. Yo, FDA … DO SOMETHING!

News Articles Related to the Problem

Here are a few links to follow to read more about this. These will help get you started but the sheer number of links out there on this topic is pretty much endless.