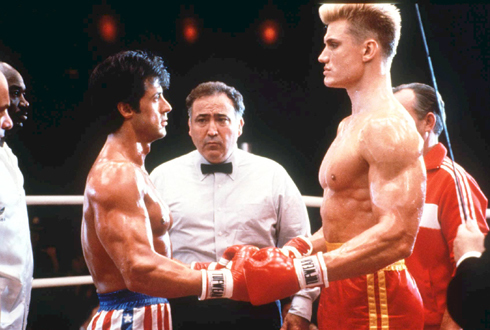 To learn one of my precious furbabies has cancer was a lot like getting knocked out in Round 1 of a boxing match. I’m not into boxing but I can imagine getting knocked out early in the game is not something that happens all that often. In a way I can’t say that I was all that surprised nor can I say that the possibility Nissa would have cancer never entered my mind because it did. I just wasn’t ready to have the wind knocked out of me which I believe was me battling denial.

I don’t know if her earlier bouts with vomiting and diarrhea (which began in January of this year) were an early symptom because I don’t know and the docs don’t either. I do know that I’ve suspected that something was wrong since January, I just didn’t know what and no matter how many times I took her to the vet none of them ever mentioned cancer so it was easier to shove that scary word to a dark place in my brain. But that didn’t stop it from nagging at me every time she seemed listless, vomited, had some diarrhea or when something just didn’t seem quite right with her.

I’d tell myself I’m imagining things, that she’s 8 years old now so she’s gonna be a little less active, maybe have a touchy tummy now and then or it’s something she ate, right? But I knew better – this is our girl with the iron tummy for 8 years of her life. She could eat anything and just doesn’t vomit and the only time she’d have loose stools was after eating something like liver which because it’s rich blah blah blah can cause a little loosey-goosey. But all our Riley-health issues told me all of that was just excuses and justifications, I knew there was something wrong and we needed to get to the bottom of it. So off to the vet we’d go again and again but with no real answers as a result. Just a “let’s try this” or “let’s try that.” Until the day I took her to the specialist because the thought-to-be perianal fistuala wasn’t getting any better and in fact was getting worse. That was the very first time the word cancer was mentioned but at that point not confirmed.

To this day I really don’t think I really believed my attempts to talk myself out of what I’m pretty sure I already knew. I’d learned some time ago that if you have a German Shepherd this is one of the diseases you are likely to be faced with someday because cancer is high on the list of diseases that German Shepherds get. Silly me put it in my “But it won’t happen to my furkids!” category. Do yourself a favor, if you have such a category – dump it, get over yourself and wake up & smell the roses because categories like that are nothing more than arrogance and wishful thinking.

Not having ever dealt directly with cancer myself it would have been helpful to have a Cancer for Dummies book on hand. I never thought the decision on where to go from here would be so hard but the more I learned about cancer and all that goes with it the scarier it got and you can bet I’m not done learning and being scared.

I look at Round 1 as being the point in time from the first sign that something not so good was going on in January to her diagnosis 5-6 weeks ago. When the cancer diagnosis was confirmed my initial thoughts went something like this  … “Ok, so no big deal. They cure cancer all the time, right? We’ll just do whatever needs doing to get rid of it, right?”

Wrong. Wrong. Wrong again. The tumor they removed from Nissa’s butt is called an anal adenomacarcinoma a type of cancer which is very aggressive with a very high level of recurrence. Oh boy, the news just keeps getting worse. I learned that in people the goal of cancer treatment is to cure it but in dogs it’s nothing more than giving them more time and that’s it. That’s all there is. This doesn’t mean more time to suffer in pain or to keep them going no matter how bad they feel, it means to give them more quality time and when that quality wanes we’ll be faced with the knowledge that it’s time to let her go to Rainbow Bridge.

We however, are not ready for that and so far there’s no sign that neither is she and so I flipped my fight switch and we’re officially in fight-mode. Tonight I called on one of my very favorite movie characters … Sylvester Stallone as Rocky. You could also toss in some Rambo for that matter because in both cases Rocky and Rambo are fighters that don’t give up. The music and memories from Rocky has gotten me through some very rough times and so that’s where I am tonight. If you think that’s corny, guess what? I don’t care. I will use what’s helpful to me to help us and Nissa fight this the very best way we can. The photo for this post is right on for where we are right now, in the ring staring at our opponent cancer and I know the statistics show that it’s probably bigger than all of us.

But What’s the Best Way to Fight?

My head went wicky-whacky-wonky trying to decide the best way for Nissa to fight this. Not for us but for her. You see keeping her around just because we aren’t ready to let go of her is wrong because it all falls on her quality of life and not our heart’s attachment to her. So ok, right now her quality of life is really good so big checkmark for the positive column.

So, do we go with chemo? With supplements? With chemo and supplements? Below is a list of things I took into consideration before making my decision but I remind everyone that you must make your own decision based on your dog and your own situation if you ever have to deal with cancer in your dog. Unfortunately, even after making a list and checking it multiple times there is absolutely no one list item that swayed me either way. Even more unfortunately for me, my husband left this decision solely in my hands. He is not liking the idea of chemo at all, but he also knows and trusts that I don’t make decisions for our furkids without research and feedback from other knowledgeable and trusted German Shepherd people who have been there and done that + my own digging.

And the Decision is …

There are a number of supplements currently being studied that are being found to have pretty phenomenal cancer-fighting properties but no actual final “For sure this works!” stamp. Our oncologist says none have yet to be approved by the FDA but the FDA is not one of my favorite people either. Sometimes I think they don’t have a clue what they’re doing and they have been known to ignore very important information when making approval decisions. But I couldn’t get to the point where I felt comfortable that supplements alone would be enough to fight an aggressive cancer. If she had a less aggressive version and currently being NED … I feel strongly that at 8 years old, healthy except for cancer and with regular oncology monitoring, x-rays, ultrasounds, blood and urine testing we would have taken this road.

Originally deciding on five sessions of high-dose in-clinic three weeks apart to 4-6 months of low-dose at home I ultimately realized that I was thinking more about me than her so I nixed the in-clinic injection chemo before it began. I have to admit the more I thought about it the high-dose was pretty damn scary, too. The big kick to the switch was when I learned that there is no evidence whatsoever that one way works better than the other it was a no-brainer to make the decision to go with strictly low-dose at home so as to not unnecessarily stress her and which we started on Saturday June 13. Trust me, it was not easy to put that first pill in her. Both hubby and I took a deep breath and held it for a moment before I inserted it in her throat and we both began watching her like a hawk stalks a mouse in a field.