Is Hiring a Dog Walker a Good Idea? 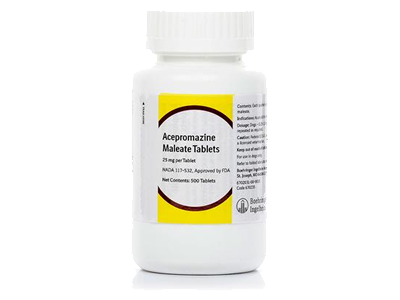 Thunderstorm and fireworks seasons are upon us and if you’re anything like me, you’re a dog owner who’s seeking relief for your dog’s thunderstorm and fireworks panic attacks. A number of months ago I was mentally exhausted, depressed, frustrated and my piggy bank was empty from my then nearly three year search for something that would help Nissa cope with storms and fireworks. All I had to show for my efforts was a cabinet stuffed full of assorted calming aids that although I found were highly recommended by many, unfortunately didn’t work on our little girl. This was followed by a “screw-it” phase. I gave up looking and trying. I just couldn’t do it anymore. About that time we had a reprieve from the thunderstorms we’d been experiencing and went through a dry spell. Inevitably the next thunderstorm hit and watching Nissa panic again was more than I could handle and so the search began all over again.

At this point, I’m pretty much convinced that I probably will never truly stop trying to find a solution. Tonight while I was writing my newest article venting about the upcoming 4th of July fireworks season: Damn You and Your Fireworks! I was reminded that I had wanted to share something with others who have dogs who suffer from thunderstorm-phobia or fireworks panic attacks.

Why Not Just Sedate Her?

Some of you may ask why I don’t simply sedate her with medication from our vet. Vets tend to prescribe something called Acepromazine or “Ace” for short. Note that the photo at the top of this article is for generic display purposes only. The manufacturer’s logo and name has been blurred out. My answer to why I won’t even have this stuff in my house let alone give it to my dogs is quite simple, because my research found that Ace can have some very scary and sometimes literally deadly side effects such as:

The fact is that to the human eye Ace only appears to work when what’s really happening is that it more or less immobilizes the dog, however their minds remain alert. This means your dog may be laying there quietly and to you they are seemingly calm and unruffled by the storm or the fireworks. In reality their brains are going a thousand miles a minute. They still hear the thunder and fireworks, they’re still terrified but they feel trapped and unable to get to what they may consider a safer place because their body won’t cooperate. It’s my understanding you can do more harm than good to them with this drug. In case you don’t believe me, read this:

Excerpts from the fearfuldogs.com website article: Acepromazine – Fearful Dogs in which I found this:

Note: Chlorpromazine (Thorazine ®) is almost identical to Acepromazine and just as potent. Research has shown these drugs functions primarily as chemical restraints without affecting the animal’s emotional behavior. While under the effect of Ace, the animal still has a very strong fear, anxiety, avoidance or arousal response, but it does not physically display these reactions and is less able to react. The dog or cat appears calm and relaxed but mentally is lucid and still having an intense emotional reaction to its surroundings. Ace is a dissociative agent and prevents the patient from understanding his environment in a logical manner. So, the actual fear level of the animal is increased. Compounding the situation, the animal is being restrained and it makes a negative association with the entire experience. According to veterinary behaviorist Dr. Vint Virga, DVM, ACVB, this is one of the reasons, why clinics are seeing so many animals, who have been previously given Ace, continuing to be fearful during veterinary exams. It becomes a never-ending cycle of chemical restraint and continued fear for the patient.

Some Breeds Should NEVER Be Given Ace

There are also some breeds of dogs that should never be given Ace — on eHow.com, I found this in their article called Acepromazine Side Effects in Dogs: Acepromazine should not be administered to Boxers or other brachycephalic dogs (flat-faced, short-nosed dogs) because it may potentially cause serious arrhythmias and possibly severe hypotension (low blood pressure), with risks of collapse, respiratory arrest and a slow heart rate. Giant dog breeds and Greyhounds my be sensitive to acepromazine as well, while Terriers may require higher doses.

Armed with the information in these articles and my additional research, giving my dog Aceproazine for her thunderstorm and fireworks panic attacks is just not going to happen.