Puppy with a Foot Fetish 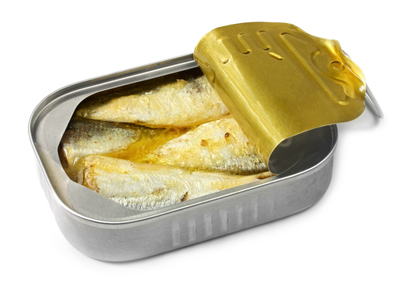 Yay! The word is getting out that fish oil which contains EPA and DHA are good for you dog’s brain smarts! Ok, so what are the benefits of adding fish oil to your dog’s diet and where do you get EPA and DHA? Hint: it’s in the fish oil! Being that I’m determined to do what’s best for my FurKids I started out by feeding them salmon once or twice a week. Yes, there are other kinds of fish for the more budget conscious, but other kids of fish aren’t don’t contain as much EPA and DHA as salmon. Some fish is even considered garbage fish and not worth feeding because it lacks in the nutritional value department and I didn’t see the point of paying for it or adding it to their food.

The Messy Way to Add EPA and DHA

I then joined the ranks of the many people who pour, dribble, squirt or spray fish oil on their dog’s food. It works but it can sure be messy! I moved to poking holes in fish oil gelcaps and squirting it over the FurKids food. Oh geez, what a mess! When I’d go to squirt the fish oil out not only would it go just about everywhere but on the food (like my clothing for example) but I could never get all the oil out of the gel cap so not only where they not getting the full dose, I was also having to pay special attention to the oily spots on my clothes when I’d do laundry. I kept thinking “There has to be a better way!”

From there I switched to the squirt (pump) style purchased in a bottle from our local pet store which turned out to be another sticky mess and once again if I didn’t aim just right — I had more laundry stains to deal with. Ugh. It wasn’t long before I was back to hunting for a better way to give my dogs the benefits of fish oil.

I found just what I was looking for in the December 2012 issue of Whole Dog Journal. An article written by Steve Brown entitled Fat’s Chance. Although sardines are a bit on the stinky side to work with (ok, so they’re a lot on the stinky side) adding sardines to the FurKids meals has been the easiest and least messy way to give them this important dietary supplement. If you mouse your way down to the section of the article titled The Best Way to Add DHA you’ll find more information. Warning! Do not just start dumping sardines in your dog’s food bowl. Read the article for the proper amount to feed for your dog’s weight and some other important information. Feeding to much can backfire and be detrimental to your dog’s health instead of beneficial.

At our house we now call Sundays Sardine Sunday because that helps me remember to give them their sardines. Every Sunday morning the first thing I weigh out on my scale are the sardines. We found a brand at Walmart that comes packaged in plastic “envelopes” I guess you could call them (packed in water with no salt added). Simply cut the tops off and dump the contents in a strainer before weighing. Easier and safer to open than a can, you can just zip the top off of the package. Knowing I’m a klutz and don’t want to be wearing stinky sardines, I stand over the sink and cut the tops off with a scissors.

I weigh the sardines because our dogs are on a raw diet and the sardines are a part of their diet, not an addition to it as far as how much food they consume. The package itself says it contains 3.75oz but that includes the water so two packages per dog after straining weighs out perfectly for their weights according to the chart you’ll find in Steve Brown’s article. Now, you can feed the water from the sardine package, our dogs would probably love it if I did, but because we feed raw there would be stinky sardine water on my floors and rugs and I don’t even want to think about that. Oh, did I mention these are just 80 cents a package? Yup, so adding sardines once a week to your dog’s diet won’t break the piggy bank either!

Having one day a week to deal with stinky food that winds up in their bowls instead of an every day messy squirt-fest that mostly wound up everywhere but their food bowl is much easier for me to deal with and let me tell ya, Sardine Sundays are a major hit with our FurKids!