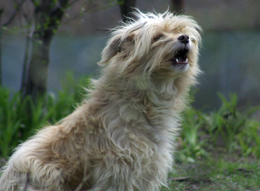 When we had our three Yorkies there was one female and two males. Our female, Kady, drove me nuts with her barking. Put her out in the yard and she’d bark at anything and everything. It didn’t even have to be moving. Heck, she’d start barking before her feet hit the back porch and there was no shutting her up. Our males, Damien and Crocket weren’t much for barking outside unless our neighbor was out there – then they’d all get to going.

Nissa is pretty much the same way as Kady was. She waits until she gets outside to bark (unlike Kady who couldn’t even make it out the door). Nissa barks at the sun, the moon, the visible neighbors, the invisible neighbors, the dogs she can see and the dogs she can’t. She barks at shadows, she barks just to bark, she barks to hear herself talk. Did I miss anything? Now, she doesn’t bark all the time, just most of it. She really doesn’t bark much inside the house, it’s when she’s outside. Riley can be going ballistic at the window barking at people walking by and she usually just watches him. She may not even get up and go look or she might. Once in awhile she’ll go to the window and start some mild barking, but not often. She prefers to growl at the window, Riley on the other hand doesn’t growl he barks.

I realize that barking is normal dog behavior, it’s what dogs do. It’s their way of communicating whether it be to warn us that something just isn’t right or to have a gab fest with other dogs in the neighborhood. I don’t have a problem with it when there’s a reason to bark, but to go out and bark just to make noise is very annoying – not only to me but to the neighbors.

Because dogs don’t know the difference between day and night, it’s particularly disturbing to me because I don’t want her waking the neighbors with her night-time bark-fests. Hubby says it’s ok to let her bark during the day and he’d leave her out there barking but at night he doesn’t let her do this. I on the other hand, go bring her in no matter what time of day or night it is. She doesn’t have a clue that it’s ok to bark during the day but not at night so I feel we need to be consistent. Riley will bark outside when he sees someone go by the house, that’s (to him) reason for barking – he’s protecting his territory or he’ll bark at other dogs he can see. Nissa on the other hand, doesn’t need a common-sense-to-a-human reason to bark.

What’s Your Experience With Barking Dogs?

So, I’m curious .. what’s your experience with barking dogs? Those with multiple-dog households where you have a mix of male and female … do your female dogs bark more than your males? Do your dogs seem to have a common sense reason to bark or do they just bark to hear themselves yakk? Go ahead and consider the neighbors dogs, too. You probably know if your neighbor’s dog is male or female. 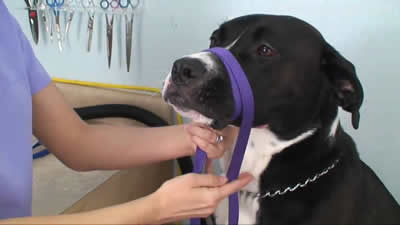